The science sniffing out fake whiskies can help with food security 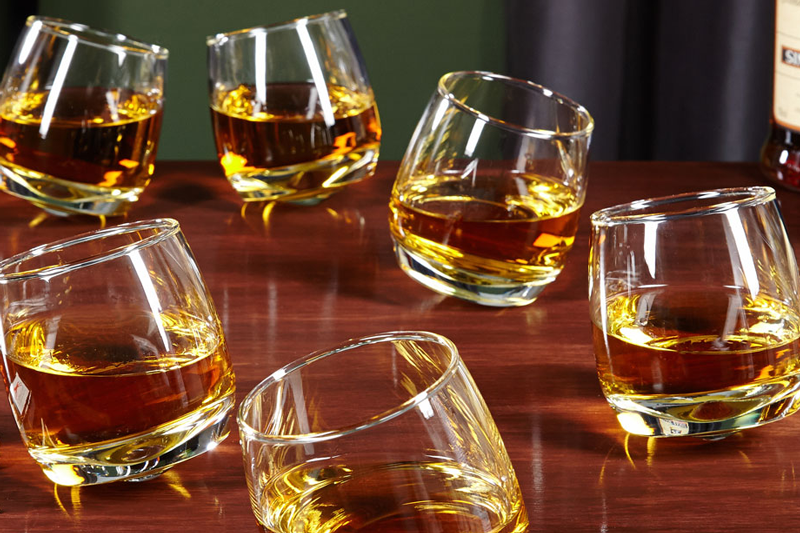 Got a rare Scotch as a present and worried if it’s a fake? Science is here to the rescue. Researchers now are applying sophisticated methods used in archaeology and criminal investigations to spot fake whiskies, showing the way forward in food security too.

In 10 seconds? Researchers have used carbon dating methods to prove that most pre-1900 Scotch whiskies are fake... but the good news is that the technology can be used to identify fake and mislabelled foods as well. (Read the science)

What did they do? Scientists used carbon dating techniques from archaeology to spot fakes among rare, collectable whiskies. Carbon dating looks for the amount of mildly radioactive carbon-14 (C-14) within materials of organic origin. As all organisms - including the cereals used to make whisky - absorb C-14 over their lives, this method can pinpoint the distillation date of a whisky with an accuracy of 2-3 years. (More on uses of carbon dating)

But that just proves the age, right? Can they ID the actual product? Sure! Whiskies (and many foodstuffs, actually) have specific ‘fingerprints’ that hint at their composition. Whiskies are good candidates to study because of their strict production rules: the components in each brand are fairly constant even in different batches. This makes it relatively easy to tell a Scotch from a Bourbon, or identify a specific blend. (Find out more)

What are these fingerprints and how do we find them? Fingerprints reveal unique information about the product (for example, Tennessee whisky has to pass through charcoal before ageing) and its original ingredients (say bourbon is made mostly from corn and Scotch from barley and grains). To identify these components and processes, scientists use various forms of chromatography and mass spectrometry. (More on the two methods used to authenticate whisky)

Care to shed a light on these terms? Light… you’re on the right track! Spectroscopy originates from the study of light. Under the right circumstances, atoms will emit light at a unique wavelength, which means that chemical components of food and drink can be identified. But first, scientists have to separate compounds from each other to check if a specific one is present, which is done using chromatography, a technique from crime scene investigations. One study identified nearly 4000 molecules that are characteristic to specific whiskies! (Learn more)

But aren’t lab tests expensive? Yes, but the research is now translating into tech, where handheld infrared or Raman spectrometers can detect if the whisky is real from the light it reflects. These tools are now also being introduced to find counterfeit drugs or check food products for pesticide content. (Find out more)

So, no more fake food? Well, cheats will have to think twice. Heard of the 2013 European horse meat scandal? The methods mentioned above help to accurately fingerprint chicken, pork and duck meat. Researchers have zoned in on myoglobin – a protein present in the muscle tissue of most mammals, enabling them to identify if pork was mixed into beef, or if any allergens are present in the food, which of course is important for economic, religious and health reasons! (Read more)

Celebrated writer and millionaire, Zhang Wei was visiting Switzerland from Beijing in 2017 when he fancied a sip of rare 1878 Macallan single malt in an exclusive hotel.

As he paid over 10,000 US dollars for the privilege, the story started making rounds in the media, leading to whisky experts spotting discrepancies between the bottle's label and cork.

A sample ended up with a rare whisky specialist and was subjected to carbon dating tests, which established that the whisky was distilled almost a hundred years later than stated on the bottle making it an almost worthless fake.

A representative of the hotel then personally travelled to China to apologise and reimburse the customer.

COVID-19 FAQ: can we block the destructive ‘cytokine storm’ that kills critically ill patients?
The holy trinities of scientific storytelling
COVID-19 FAQ: Does social isolation during lockdown affect the brains of the elderly?