Economists have put a figure on how much each whale on Earth is worth – in terms of their climate change-fighting potential. Based on the number they suggest to grow their population to lower the levels of CO2 in the air.

In 10 seconds? Whales play an important role in regulating the amount of carbon dioxide in the atmosphere. Economists and scientists are now saying we should splash out money to protect them as they can massively contribute to the fight against global warming. (Read the science) 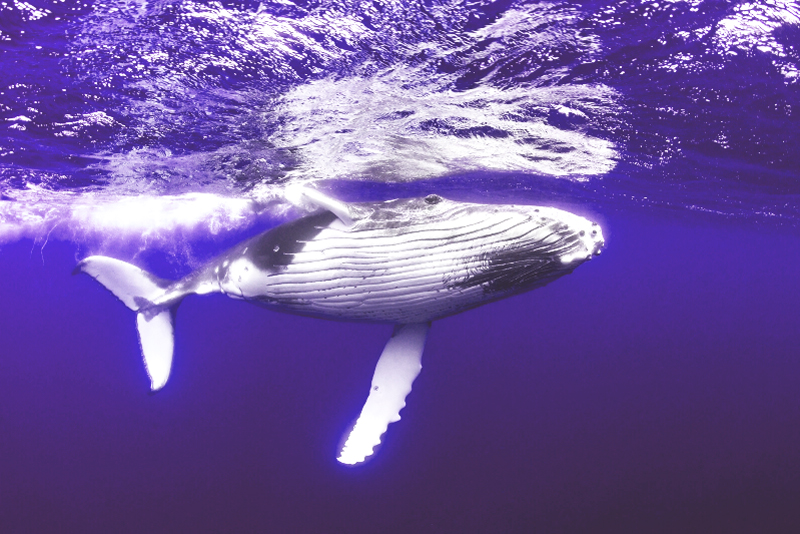 So, how much a whale is worth? A new paper by International Monetary Fund economists and scientists estimates that each whale on the planet is worth 2 million dollars, and the total population is valued over a trillion greenbacks – because of their green credentials. In other words, protecting whales pays off by  limiting greenhouse gas emissions and helping us work towards climate targets. (Read the paper)

That’s just a load of… what can whales do for the climate? Mind your language, although you might be right! Whales release their liquid waste and fertilise the upper layers of the oceans. It is exactly what phytoplankton, the tiny organism that is the biggest carbon sequester on the planet needs! Additionally, when whales die, around 33 tons of CO2 captured during their lives sinks with them to the bottom of the ocean. That’s 33 million tons if we count the current population. (More on how sperm whales fertilise the oceans)

So, how does this carbon capture work? Scientists noticed that areas with large numbers of whales are where phytoplankton blooms. This is because due to their diet of squids and other marine life, the big mammals pump out faeces full of nutrients, including iron. Phytoplankton captures via photosynthesis around 40% or 37 billion tons of CO2 yearly. That's four times more than what the Amazon region takes out of the air, so whales play a vital role in natural carbon sequestration. Scientists estimate that a small, 1% increase in phytoplankton productivity would equal to the 2 billion mature trees in terms of offsetting CO2. ( More on how phytoplankton captures carbon)

And how did they find this out? The science was not always on the whales’ side. Initially, the thinking was that they were net contributors to atmospheric CO2 levels. This was before scientists turned their attention to their relationship with phytoplankton. Researchers have come up with a ratio of carbon exported to the depth of the sea vs iron added to the upper levels by the whales that stimulate phytoplankton growth. For this, they established the average amount of iron whales consume through their diet and also how much they release back in the water – which is as much as 90 per cent! (Read more)

How do we use this to offset more CO2 emissions? Well, both economists and conservationists say we need to help whale populations grow. Commercial whaling was drastically restricted during the last few decades, but the number of whales is a mere 25% of what it was before. Collisions with ships, entanglement in fishing nets, swallowing plastic bags are major causes of their early deaths. Economists suggest financially compensating industries to increase whale protection. For example, shipping companies should be paid to alter routes and limit fatal collisions. Fleets should be made less noisy, to interfere less with the long-distance voice communication of whales. (Find out more from this free paper)

Blue whales are the biggest among 90 or so living species and the largest animals on Earth. Up to 30 metres long, they can weigh over 170 tonnes. These mammals are particularly good at storing carbon due to their size.

They were subject to intensive whaling during the 20th century, which pushed them to the brink of extinction.

Current estimates put their numbers between 10,000-25,000 whereas the total number of whales dropped from 4-5 million to around 1 million today.

Blue whales communicate with each other via sound and in ideal conditions can hear their peers from 1,600 km.

6 tools that will help you convert and analyse website visitors
COVID-19 FAQ: can we block the destructive ‘cytokine storm’ that kills critically ill patients?
How can brands keep customers engaged with science?