In 10 seconds? There’s no cure yet for MS, but research shows combining steroid therapy with stem cells can reduce the severity of symptoms and avoid reduced mobility and blurred vision during attacks. (Read the science)

How does MS affect our bodies? MS tricks our immune system into destroying the protective layer (called myelin sheaths) around nerves. As damaged nerves can’t properly transmit signals, people gradually lose the ability to walk and even develop problems with their vision or thinking. The disease can worsen in attacks followed by the partial repair of myelin, but in some patients the degradation is constant.

Can’t we protect this myelin? We’re trying! Researchers are studying a spontaneous repair process that happens when new myelin sheaths are formed. They were able to grow specific cells crucial to the repair from neural stem cells, but this alone does not eliminate MS. (Learn more about stem cell therapy in MS)

So what’s new? Research using experimental stem cell therapy has shown a way to avoid unpleasant side effects to prescribed drugs, like weight gain and weaker resistance to infections. Scientists managed to lower the dose of a steroid called methylprednisolone — use to treat attacks — by combining stem cells from human bone marrow. This hack reduced inflammation and the loss of myelin in lab mice. (Find out more)

Will stem cells help cure MS? We’re not sure. We still aren’t certain what causes MS, but we’re at least getting better at managing it. Stem cells are a promising new avenue: other scientists using lab mice proved that stem cell treatment could reduce the infiltration of myelin-damaging cells and repaired damage in the brain, while the animals’ mobility improved. (Learn more)

And what about in humans? A Phase I clinical trial in the US of another stem cell therapy involving human patients with a rarer type of MS reported a reversal of disability; one patient started walking without her cane and another abandoned their scooter.

Just Phase I? In Canada, a Phase II trial involved risky chemotherapy wiping out and ‘rebooting’ patients’ immune systems by implanting stem cells, which stopped the progress of MS in two thirds of participants. Although there is no cure yet, stem cell research is a bright hope for improving the quality of life of MS patients.

Zooming in on the spots where MS strikes

Until recently scientists have been unable to physically see where MS harms the nervous system as MRI scans can't distinguish inflammation from myelin sheath damage.

Psst, Kaveh distilled 8 research papers to save you 454.2 minutes. 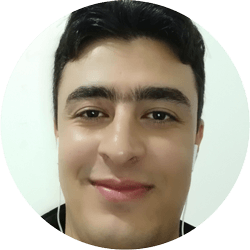 Kaveh is a PhD Student at the Florey Institute of Neuroscience and Mental Health studying the role of neural stem cells in remyelination process.