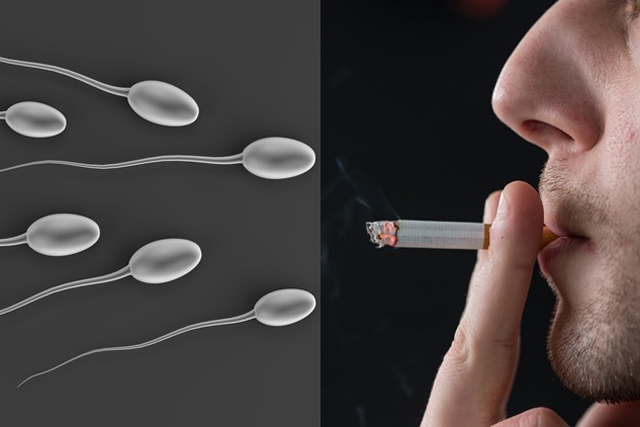 Fathers' smoking can seriously affect sons' fertility, a new study claims, but the good news is: quitting before conception can help avoid the problem.

In 10 seconds? Researchers have found that men whose fathers smoked during conception had around 50% less sperm and sperm concentration than men with non-smoking fathers. (Read the science)

I know about smoking and pregnancy, so what's new here? Previous studies predominantly linked pregnant mothers' smoking to decreased sperm counts in sons. This study reveals that smoking fathers can also directly affect their son’s fertility to a dramatic extent, independently of the mothers. (Read the paper)

OK, and how exactly fathers affect their sons? Tobacco smoke contains substances that cause mutations and damage in DNA. These mutations can be passed onto the offspring, resulting in reduced sperm quality in male children. Researchers found that the number of mutations in smoking fathers' children was much higher than in the sons of non-smoking dads. (Read more)

What else is passed on with damaged DNA? Good question! According to new research, nicotine-affected, altered DNA can cause behavioural changes down the generations. Researchers have discovered this by feeding male mice with nicotine and detecting learning difficulties in their 3rd generation offspring. (Find out more)

How did they discover the father's role? Researchers used a combination of surveys for the fathers and blood tests for the mothers to isolate the effects caused by dads. Using blood samples taken from the mothers during pregnancy, they could measure the level of cotinine, an ‘end product’ of the breakdown of nicotine. This helped verify if the mother smoked herself, or was exposed to secondhand smoke from the father. (More about cotinine)

Gosh, have I damaged my future son if I smoked before? Not necessarily. Avoiding tobacco during pregnancy is certainly a good way to protect our children from the effects of smoking. Additionally, the damage caused by tobacco to the dad's DNA can be reversed. In other words, if the future father stops smoking, his sperm will gradually become healthier, so he won't 'gift' reduced fertility to his son. (Read more)

Most newly occurring mutations come from the father. Children of fathers who smoke can have up to four times as many mutations in a certain region of their genome than children of non-smoking fathers.

These mutations can be linked to a number of diseases, such as autism, birth defects, diabetes, and obesity. Additionally, the new study established that the father’s smoking was also linked to a shorter reproductive lifespan in daughters.

But here are some good news: it takes about three months for sperm to mature, which means that men who stop smoking at least three months before conception will have much healthier sperm with a greater chance of fertilising an egg, and creating a healthy baby.

(Psst, Samantha distilled 10 research papers to save you 759.8 min) 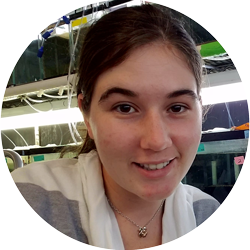 COVID-19 FAQ: Can we design drugs that slow down viral replication in our own cells?
COVID-19 FAQ: is survivors’ blood plasma an effective therapy against the illness?
COVID-19 FAQ: How can steroids save the lives of critically ill patients?