Microbes as allies in immune attack on cancer 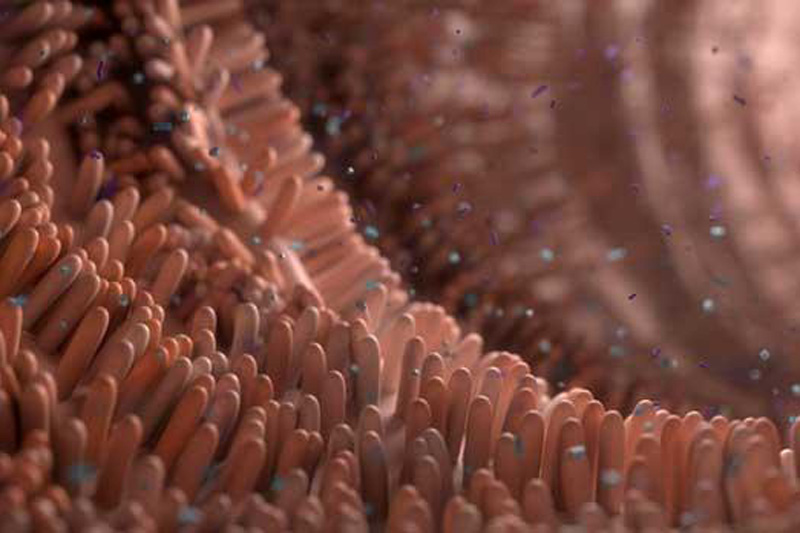 Researchers have identified gut bacteria that can mobilise the immune system to fight tumours. The discovery can also help identify patients who are most likely to respond to cancer immunotherapy.

In 10 seconds? Scientists have identified nearly a dozen bacteria that can spur our immune systems to respond to cancer. In the process, they also found a way to identify patients who are likely to respond to checkpoint inhibitor therapy. (Read the science)

So, what is the discovery? Researchers have found that the increased presence of 11 strains of gut microbes improved the immune system’s ability to attack melanoma tumours. At the same time, they discovered that patients who have a weakened 'unfolded protein response' (UPR) react better to checkpoint inhibitor therapy, which uses the immune system to fight cancer.  (Read the free paper)

How did they find this out? The team first identified UPR - the process of flushing out incorrectly folding proteins - as a player in the immune response to cancer. They removed the RNF5 protein that regulates UPR in lab mice and the animals' tumours stopped growing. Then they wiped out their gut microbes with antibiotics - making the mice unable to fight cancer and proving the anti-tumour potential of gut bacteria. (How microbes modulate sensitivity to anti-cancer therapy)

And how does the immune response kick in? The team found that mice that lacked that RNF5 protein had larger populations of 11 strains of bacteria than regular mice. To validate if these bacteria were responsible for the immune reaction, they transplanted them into unmodified mice that had their gut microbiome wiped. What they discovered was that the transplanted microbes spurred the immune system to attack melanoma tumours reducing their size. (More on UPR and melanoma)

And why did you mention checkpoint inhibitors? They are a class of drugs that reduce cancers’ ability to hide from the immune system. When they work, they work well, but they are not for everyone. So, they really should be prescribed to patients who respond well to them. So far, one way to open up their use for a wider range of patients was to use them in combination with other 'targeted' therapies. The current study, on the other hand, will help better identify patients who respond to them better without a combination therapy. (Find out more)

Oh, and how so? Well, the team also ran tests on tissues from human melanoma patients who were given checkpoint inhibitor therapy. What they found was that the patient response depended on the level of UPR activity in their cells. In other words, it can indicate who benefits from this kind of therapy. (More on the efficacy of checkpoint inhibitors)

And why are we talking melanoma? Although rare, melanoma is a type of skin cancer that can be very aggressive at an advanced stage, but can be treated well with checkpoint inhibitors, if caught early. (More on boosting the immune reaction to melanoma)

So, what's the future for bacterial 'defence'? This recent discovery will encourage researchers to investigate what kind of anti-cancer molecules are produced by our gut and skin bacteria and see how their powers can be harnessed to produce anti-tumour agents including probiotics against a wider range of cancers. (Read more)

How a balanced microbiome can protect from a range of diseases

Recently our microbiome has become a hot topic in medical research. Scientists have established links between the kind of bacteria we have in our guts with our susceptibility to diseases, including cardiovascular disease, MS and even autism.

There are trillions of bacteria inhabiting our bodies, outnumbering our own cells by 3 to 1 and different people can have a dramatically different bacterial mix.

What is interesting is that cancer patients tend to have a different gut microbiome compared to cancer-free people. The presence of certain bacteria can indicate risk, while others, as the study above points out, can elicit an immune reaction against tumours.

Scientists say cancer treatment in the future can involve checking patients’ microbiomes, which could be then modified to improve drug response.

COVID-19 FAQ: how sniffing out main route of the virus could help lower infections?
COVID-19 FAQ: Could a nasal treatment protect against the novel coronavirus?
COVID-19 FAQ: How can steroids save the lives of critically ill patients?