Keep on moving to keep depression away 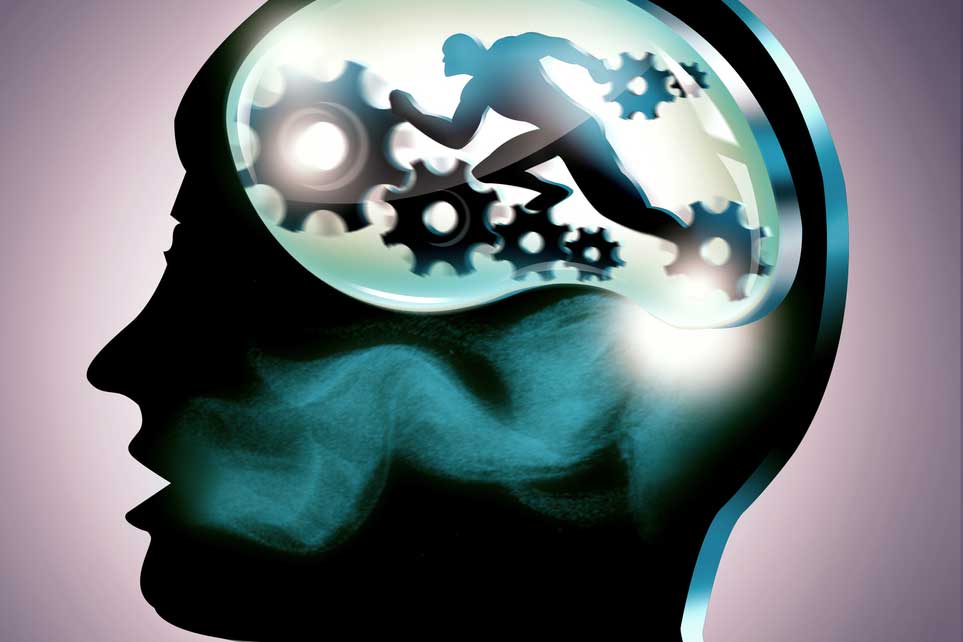 Scientists have supplied yet more evidence that exercise can keep depression away. Research suggests that people don’t have to go over the top with the effort, and that exercise can help prevention but also recovery from depressive episodes too.

In 10 seconds? New, genetic-based research offers yet more proof that exercising can be used to lower the risk of depression and also suggest, that this does not have to involve a major lifestyle change. (Read the science)

Wow, what are they saying? Two pieces of good news. Firstly, exercise can offer some protection against depression, and cut its risk of occurring in the future by up to 12%. Secondly, even if your genes put you in the at-risk group, the results say you aren’t less likely to be able to do exercise, which means physical activity can still help you to deal with “the bite of the black dog” (Read the paper)

So, just “pull yourself together”… isn’t that the worst thing to say? That phrase certainly isn’t helpful, but an increasing body of research suggests guiding depressed people to exercise can help ease the mental suffering caused by the condition. A recent study found that weight training helps specifically, but cardio too – as much as speech therapy! (Find out more)

And how did they find this out out? Scientists studied exercise and mental health data from over 611,000 adults who were and weren’t diagnosed with major depressive disorder (MDD). The results suggested that exercise reduced the incidence of future depression, but not anxiety. The protective benefits were already present in participants who engaged in at least an hour of physical activity per week. (More on how physical activity cuts depression risk)

Fine, but what’s at work here? Researchers are looking at how exercise alters the brain’s cellular composition and structure. One explanation is that impulses from walking and running increase blood flow, and that brings more oxygen and nutrients into the brain. Researchers have also found a higher amount of the BDNF protein - which repairs, protects and creates new neurons - in the brain of those who engaged in physical activity as opposed to sedentary depressed people. (Read more)

So, what kind of exercise is best to avoid depression? Good question! A cross-sectional study of over 1.2 million Americans looked at the ratio of ‘poor mental health days’ between those who engaged in some sort of physical activity and those who did not. Team sports came out on top - reducing ‘bad days’ by as much as 22.3% - closely followed by cycling, aerobic and gym activities. (Find out more)

Wait, what about patients? They can’t manage this intensity! Well, research says walking can beat a spin class when it comes to benefits, and people don’t have to do their activity all in one go. What’s more, a study has found that exercise, combined with antidepressants and cognitive behavioural therapy improved outcomes for patients, as 75% of those who exercised felt better or were considered free of depression. All this suggests exercise can improve the lives of the clinically depressed. So, say “come walk with me” rather than “pull yourself together”. (Read more)

So, if you’re a bit forgetful, get on the bench and start lifting, as resistance training could help your memory and executive function.

Finding it difficult to think to focus, solve problems or learn new things? Then it’s aerobic exercise that you want.

Researchers said they could actually see changes in the brains of middle-age or older people after they took up exercise.

But the over 50 were not the only group to benefit – a new study linked regular aerobic activity in twenty-somethings to improved cognitive skills.

COVID-19 FAQ: Does social isolation during lockdown affect the brains of the elderly?
COVID-19 FAQ: How can steroids save the lives of critically ill patients?
COVID-19 FAQ: Can we design drugs that slow down viral replication in our own cells?