How bone marrow boosts chances of a healthy pregnancy 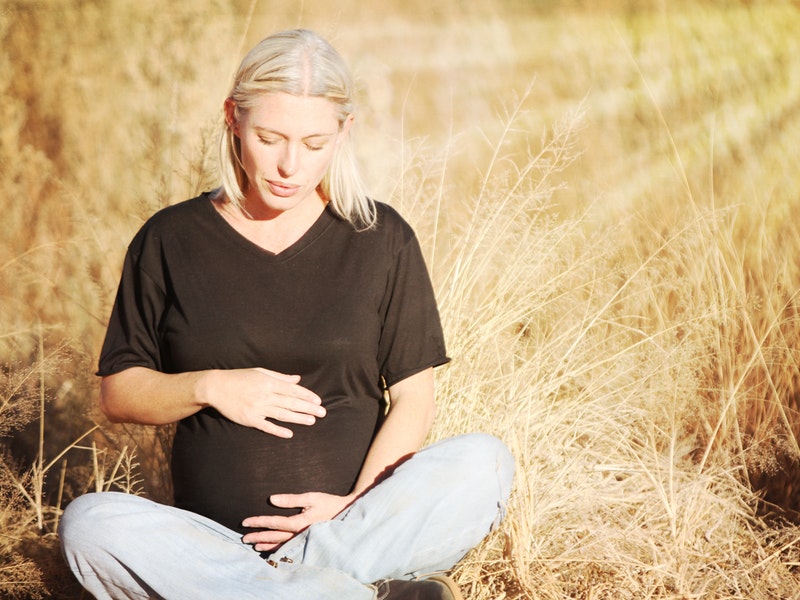 It may be hard to get and stay pregnant for some would-be mums, but there is hope. Scientists have discovered the vital role bone marrow plays in pregnancy, which can lead to new therapies in the future.

In 10 seconds? Stem cells play a key role in successful pregnancies. The cells in question are sent from the bone marrow to the uterus via the bloodstream when a woman’s eggs are fertilised and help establish and keep the pregnancy. (Read the science)

What exactly was discovered? That it’s not just egg-producing ovaries and a uterus hosting the embryo that is needed for a successful pregnancy. Stem cells arriving from the bone marrow to the uterus transform its lining and help the implantation of the embryo by becoming decidual cells (essential for getting and staying pregnant). If this transformation does not occur, the pregnancy will terminate. (Read the paper)

What mechanism is at play here? It’s so-called mesenchymal stem cells that perform the vital function. Interesting fact: they’ve been known as stem cells that can grow into bones, cartilage and fat. It turns out they also help transform the endometrium, the inner lining of the uterus. A damaged endometrium can result in repeated lost pregnancies or infertility and the findings raise the hope of science being able to fix this condition. (More on factors affecting embryonic implantation)

So, how did they discover this? Working with lab mice, a research team from Yale University used a mild form of chemotherapy to wipe out the animals’ bone marrow. Earlier attempts also destroyed the mice's eggs, but the researchers have managed to refine their technique to keep them intact this time. The next step was to make two groups of mice pregnant, one before and one after a healthy bone marrow transplant to test if bone marrow played a role in pregnancy. (Find out more)

Which they proved, right? Anything else they discovered? Yes! For this study, they investigated the role of the protein Hoxa11, present in both the bone marrow and the uterus. When Hoxa11 is partially absent, lab mice cannot maintain their pregnancies and when it is completely lacking, pregnancy doesn't even start. But when partially or completely Hoxa11-deprived mice receive bone marrow transplants from healthy peers, both groups gain the ability to become pregnant. (Read more)

What can we expect in the future? The study was done in mice and Hoxa11 is worthy of further investigation before human trials can begin. The findings - that a bone marrow transplant from a healthy donor could improve fertility - are great news. Up to now, there was no effective treatment for the majority of women with recurrent implantation failure and loss of pregnancies due to endometrial defects, therefore the discovery offers hope for new therapies and the possibility of having babies in the future.

Another surprising use of bone marrow linked to human reproduction was discovered when in 2006 a UK-based team used bone marrow-derived stem cells to create artificial early-stage sperm.

Four years later a Japanese team repeated the feat and managed to generate sperm that produced healthy and fertile mice.

For this they used a combination of proteins to convert the mice’s embryonic stem cells into so-called primordial germ cells, that would either develop into eggs or sperm.

Researchers described the studies as the first steps to produce sperm for infertile men or potentially allow same-sex female couples to produce artificial sperm and have their own biological daughters.