Energy breakthrough: this will boost solar cells by 30 per cent 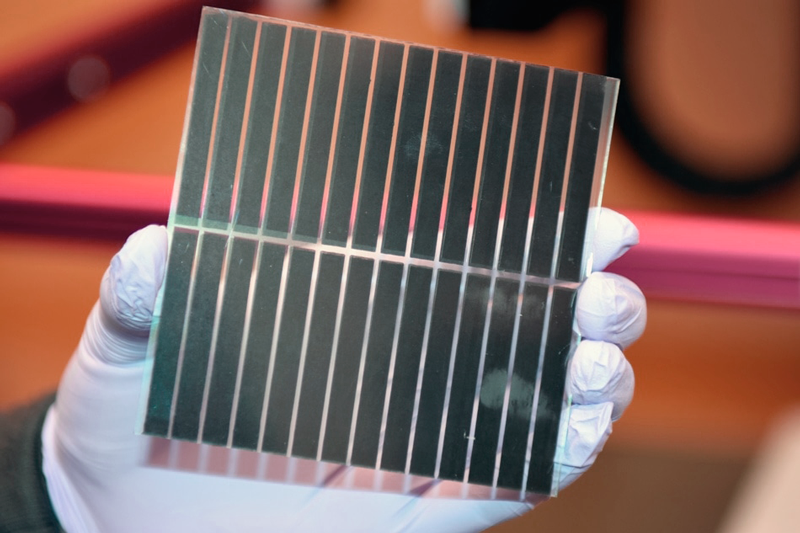 Scientists have come up with a composite material that can boost the efficiency of solar panels to previously unseen levels. They’ve also realised how to best utilise certain colours in the light spectrum to get the optimum output from solar cells.

In 10 seconds? Researchers have combined perovskite compounds with traditional silicon in solar cells to harvest more energy from sunlight than ever before. By using multiple materials, they’ve improved the absorption from certain colours and thus enhanced the power output of the solar panels. (Read the science)

What’s the breakthrough? Researchers have found that a thinner-than-a-human-hair layer of perovskite can be used on top of a solar cell to capture the high energy of blue light more efficiently. The blue component of sunlight contains twice as much energy as red light. However, contemporary solar cells simply waste this energy, as heat and don’t convert it into electricity. Research shows that the perovskite/silicon ‘tandem cells’ can yield up to 30% more power. (Read more)

Pero… what? Perovskite, which is pronounced like this. It’s a calcium titanium oxide mineral that appears in nature in a seemingly cubical shape and it lends its name to a whole class of compounds with the same crystal structure. It was discovered by Gustav Rose in the Ural mountains in 1839 and was named after Count Lev Perovski, an influential Russian mining official and mineral collector. What is important today is that perovskite compounds can be found in solar cells as their light-harvesting layers.

Fine, so we’ve got a perovskite coat, now what? Well, this is big news because materials that can work efficiently together in a solar cell are difficult to find. However, perovskites can be tuned in a dazzling variety of ways to obtain the precise properties that one desires. For instance, they can be discouraged from absorbing red-light and focus on the blue by simply replacing iodide ions by bromide. Perovskites, however, degrade quite quickly in open-air—and this is one of the problems that need immediate attention to successfully harvest their potential. (Read more)

So, what can we expect in the future? A spin-off from Oxford University, Oxford PV, has already demonstrated a record-breaking 28% efficient silicon-perovskite tandem cell. Cells with similar efficiency that use only perovskite are not far away. Perovskites also hold the promise of enabling not just two but three, four or even five absorbers. This opens up the possibility of making inexpensive 35% efficient solar cells a reality in the next 15 years. (More here)

I bet you didn’t know this about LEDs

However, not many know that LEDs and solar cells are the same things!

An LED is just a solar cell working in reverse. If you pump electrons into a solar cell, it actually emits light, becoming an LED.

And if you shine light on an LED, it produces current. Even more interestingly, physicists have shown that every good solar cell is also a good LED.

In fact, solar cell manufacturers use this to assess the quality of their cells; they connect solar cells to a battery and see how well they glow. 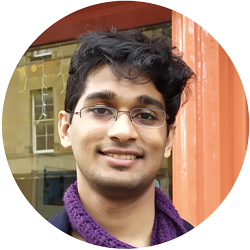 COVID-19 FAQ: Can we design drugs that slow down viral replication in our own cells?
A trial-and-error process for folding proteins correctly
COVID-19 FAQ: I heard of mRNA vaccines but what are self-amplifying RNA vaccines and how can they help?