As the world of science remembers the passing of Professor Stephen Hawking, we look at his work to solve a burning question in physics: how can we describe the behaviour of black holes with two clashing theories? 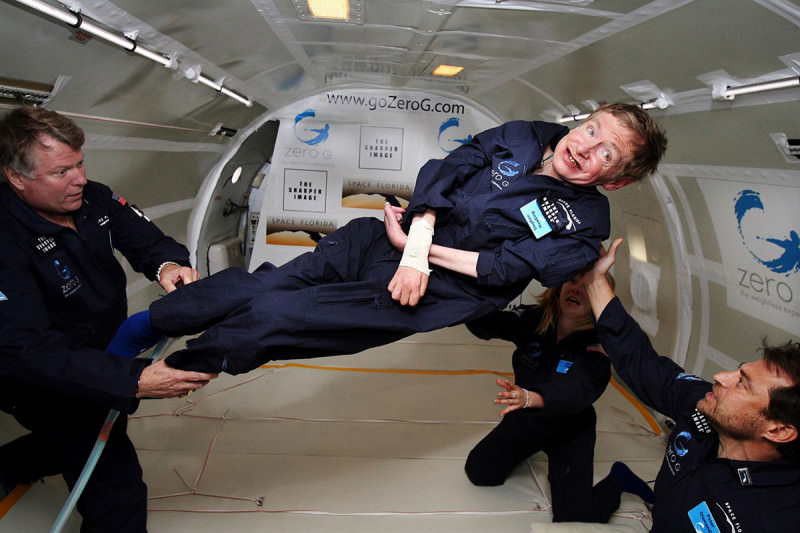 In 10 seconds? One of our best-known scientists had furthered the theory about black holes – extremely dense objects in space with immense gravity – but sometimes contradicted himself. (Read the science here)

How did Hawking contradict himself? Initially he followed Einstein’s theory of relativity – about how large objects bend space and time – and agreed that black holes never changed and were cold. But when he applied quantum theory – which explains the behaviour of the universe’s most basic particles – he proved that black holes radiated heat, which would make them gradually disappear. (Read his 1974 paper here)

So was this the Information Paradox? We’re getting there! Hawking lent his name to this radiation phenomenon he discovered, but now owned a problem. His paper stated that black holes vanish over time, which would mean that the information about the particles inside – their traits and what they do – would also disappear. (Read more)

What's the problem there? This contradicts the basic rule of quantum mechanics, stating that information cannot disappear. For example, from the current state of a particle we can deduct its previous state, something like from soap diluted in water we could reproduce the soap. This is the so-called Information Paradox.

And how did he suggest to solve it? By claiming that black holes did not exist, or at least not as we knew them. In 2014, he broke with previous ideas by rejecting the long-held concept of an ‘event horizon’: if anything crosses this supposed boundary around a black hole then there is absolutely no escape. Hawking now suggested that information could in fact escape, but would be so jumbled that it could not be interpreted. (Find out more)

And that was it? No! Although by this time he was more famous for his public appearances, he co-authored a late paper in 2016. He proposed a solution by saying that ‘zero-energy’ particles float around black holes, which he called ‘hair’, and this is where the information that escaped would be stored. (Learn more)

So did he solve the Paradox? By this time you’ll have guessed that he didn’t. But he has inspired researchers to carry on. There are a lot of competing ideas, and scientists are trying to bridge the gaps to come up with a unified ‘theory of everything’, that according to Hawking would finally explain the entire workings of the universe.

Interstellar: A hard bargain between art and science

Hawking popularised black holes and a colleague, Kip Thorne from Caltech, served as scientific advisor in the sci-fi film, Interstellar.

The depiction of a black hole was hailed as ‘accurate’, although he had wanted a more scientifically true version.

Thorne’s models took into account the position of the observer, and their perception of colour and light from a vantage point near the black hole. Director Christopher Nolan ended up using a spectacular and symmetrical ‘accretion disk’ to represent matter around the black hole.

Thorne later garnered even more public exposure by winning the Nobel Prize for the discovery of gravitational waves.

How can brands keep customers engaged with science?
COVID-19 FAQ: can we block the destructive ‘cytokine storm’ that kills critically ill patients?
COVID-19 FAQ: Why LA could be a weak spot for the novel coronavirus?