COVID-19 FAQ: what are the tiny antibodies that could beat conventional ones in preventing and treating the illness?

Researchers have found small antibody fragments that could be promising in stopping the spread of SARS-CoV-2 infection if the favourable outcomes in animals translate to humans. Additionally, due to their size, they could be turned into easy-to-take drugs. 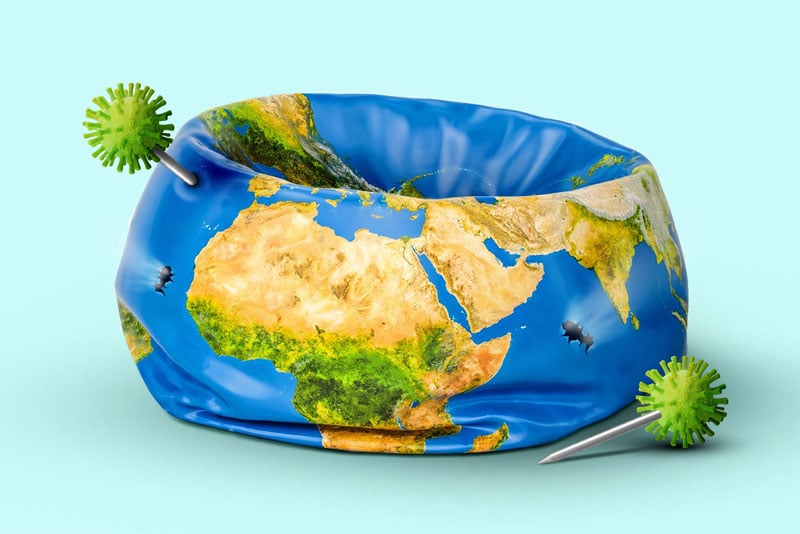 The discovery was made by US-based scientists, among them Prof. Dimiter Dimitrov who was among the first to find antibodies against the 2003 SARS-CoV virus. The team was searching for antibody candidates against the novel coronavirus. They used ‘libraries’ containing billions of different antibodies to evaluate which ones would react to the spike protein of the virus that lets it break into human cells. The research has yielded a tiny fragment or ‘domain’ of an antibody that can stop the virus from attaching to receptors on our cells. The scientists then combined this molecule, called the VH domain with the tail part of an antibody and created an experimental drug, called Ab8. It was tested on mice and hamsters infected with SARS-CoV-2 in different concentrations. According to the results, the drug was highly effective because even at the lowest concentration it reduced the number of viral particles by ten times in infected animals. Ab8 is not the first promising ‘tiny antibody’ that could help tame COVID-19 – read more in one of our FAQs how antibodies generated in alpacas can help humans.

Why would Ab8 be a promising treatment compared to others? At the time of writing, there is still no licensed drug or vaccine against COVID-19. But if and when Ab8 would become a human drug, it could protect already infected people from more severe illness and help them to recover quickly. Another potential therapy is antibody-containing blood plasma from patients who have recovered from COVID-19. Although the US Food and Drug Administration has authorised the emergency use of convalescent plasma, there are some pitfalls. One is the shortage of donors. Also, the WHO has called currently available evidence of its benefits ‘very low-quality’ - because only a few clinical trials have produced results. As to vaccines, Ab8 would not be competing with them. Vaccines should provide immunity by provoking an immune reaction, whereas Ab8 would work as a drug given to already infected people or to the elderly to prevent infection. However, it could have an advantage over the antibody treatments currently being developed. Because Ab8 is much smaller than a full-sized antibody, it could better penetrate human tissue and lock onto more viral particles. The molecule’s tiny size would also make it possible to inhale the drug or administer it through skin patches. The researchers say that depending on approval from the FDA human trials could start in early 2021, meaning that it could take over a year for a licensed drug to enter the market.