There is a good chance that COVID-19 tests will become painless, faster and cheaper, due to breakthroughs in saliva-based testing. A new method involves spitting into a sterile container rather than having a swab inserted in one’s nose. 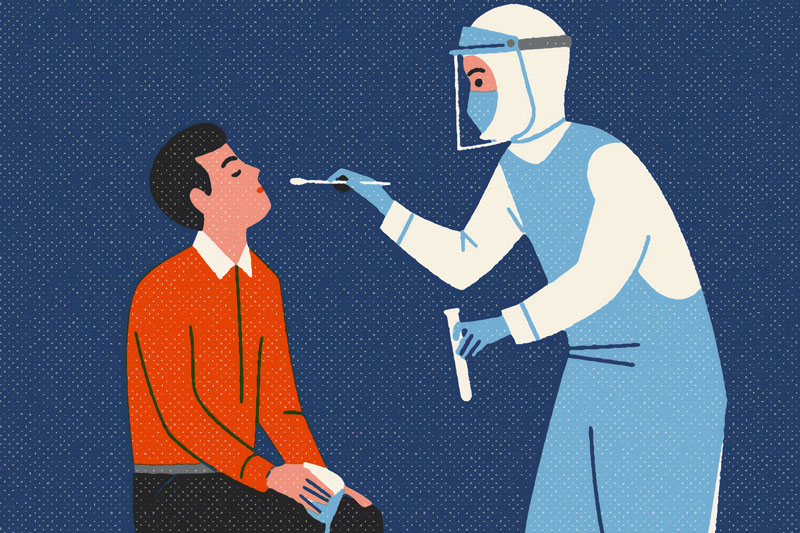 A recent research paper has found that the sensitivity and reliability of saliva tests were comparable and even superior to nasal swabs. Taking nasal samples, which can be painful has been the standard way to test for SARS-CoV-2 infection. However, saliva samples can also help reveal the presence of the virus. The authors of the recent paper used samples from 44 hospitalised COVID-19 patients and found up to 5 times more viral particles in the saliva samples from the same person as in nasal swabs. And, in 21% of the cases, saliva tests found traces of the virus in patients whose nasal swab-test were negative. That saliva could be used to detect SARS-CoV-2 infection was proved by Hong Kong researchers in the early stages of the pandemic. At the time, the accuracy of the results was 91.7% of swab tests, which was not satisfactory. A subsequent paper by Yale University researchers has found that saliva tests results matched swab test results in 94% of the cases. Due to the pressing need for mass testing, the influential US Food and Drug Administration granted emergency approval for the test designed by the Yale team in August. Despite this, more research is needed to refine saliva-based testing. A systematic review paper (which has more weight in scientific evidence) has found that the sensitivity of nasal swab tests was still superior (98%) to saliva tests (91%), but called saliva tests a promising alternative.

And why are they called promising? Because what they lack in accuracy they make up in speed, and this can help identify more asymptomatic virus carriers. The current testing method, polymerase chain reaction (PCR) that processes nasal swabs is more accurate but slow. It requires specialised machines and reagents that work with them. Reagents are chemical substances that help extract the viral genetic material from samples. The process is complex and slow in itself but the urgent need for mass testing has caused a shortage in reagent supply, creating further bottlenecks. This means that PCR tests can take at least 1-2 days and sometimes longer. As a result, people who are infected are not isolated in time and can pass the virus to others. The recently approved Yale saliva test is faster because it bypasses the most time consuming and costly step in PCR testing by heating up the sample and using a cheap reagent. Results can be obtained in a few hours, as it is already the case at the University of Illinois where students take two saliva tests a week. On a personal level, saliva tests are painless compared to nasal swabs. And, as samples can be collected at home, saliva tests help free up medical resources and protect staff, who are not exposed to potential virus carriers.

COVID-19 FAQ: How can steroids save the lives of critically ill patients?
COVID-19 FAQ: Does social isolation during lockdown affect the brains of the elderly?
COVID-19 FAQ: how sniffing out main route of the virus could help lower infections?