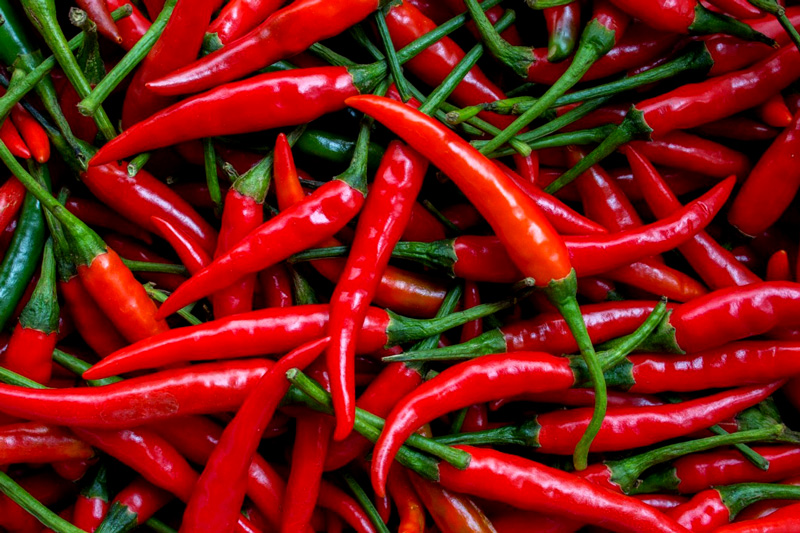 Here’s some hot news about chilli peppers: scientists have found that the progression of lung cancer could be slowed down with the help of a compound that is found in the pungent pepper.

In 10 seconds? Capsaicin, a natural compound found in chilli peppers, is not only responsible for the spicy sensation on the palate but as researchers have found, it can suppress metastasis of lung cancer, raising hope for novel therapies. (Read the science)

That’s hot news! What exactly did they find out? Experiments revealed that capsaicin suppresses cancer cells’ ability to spread to other parts of the body. It appears to do this by silencing a protein called tyrosine-protein kinase, also known as Src. Src is a proto-oncogene, which means “potentially cancer generating when malfunctioning”. It plays a role in a signalling pathway that controls a number of cellular processes - including cell migration - that helps cancer spread. (Read more)

And how did they find it? They added capsaicin to lab cultures of lung cancer cells and found that it inhibited cancer cell invasion, the first step of metastasis. Further experiments with mice showed that animals who were fed capsaicin had fewer metastatic cancer cells compared to mice that didn’t take the compound. (Read the paper)

OK, but what about other cancers? Similar experiments with breast cancer cells have been conducted before. By adding capsaicin to cell cultures, the tumour cells began dividing much more slowly. Moreover, they died in large numbers! As for the surviving cancer cells, they lost the ability to move quickly which reduced their ability to spread. Other studies have achieved promising results when they tested the effects of capsaicin in gut tumours, prostate cancer cells and even a rare form of non-Hodgkin's lymphoma. (Read more)

So, chillies could be our new weapon in cancer therapy? Well, the recent experiments have also shown that capsaicin has the ability to make lung cancer cells vulnerable to chemotherapeutic agents, so one day capsaicin could be used in combination with chemotherapy to treat a variety of lung cancers. (Read more)

And when is it going to become a drug? Not so fast! Although capsaicin can enhance the response to chemotherapy, the picture is nuanced. This is because, under certain conditions, capsaicin can be linked to skin cancer, where it acts as a carcinogen while other studies suggest that diets rich in capsaicin might be associated with stomach cancer.

Wait, then how can it be useful? Well, researchers are working on ways to counteract the negative side of capsaicin. For example, they tested similar compounds, such as capsiate and capsiconiate and found that the first was also able to block the cancerous cells’ ability to metastasise in lung cancer. Other researchers discovered that using 6-gingerol, a compound found in ginger and capsaicin reduced the occurrence of lung cancer in cancer-prone mice down to 20%. (Read more)

How researchers got on the hot trails of chillies

The researchers were inspired to study capsaicin because observational studies in the past have shown that countries such as Thailand and India, where diets traditionally consist of spicy foods, have a lower incidence of lung cancer (although the picture is balanced with research about stomach cancer).

According to the latest statistics from the World Health Organization, the 12 countries with the highest cancer incidence rates come from Oceania, Europe and North America.

(Psst, Flávia distilled 8 research papers to save you 611.4 min) 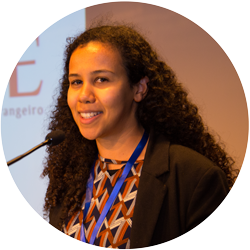