Can self-eating be the elixir of life?

Our bodies can rejuvenate with a little fasting, but the process at play weakens as we age. Scientists have identified a compound that induces this cell-cleaning mechanism which can help protect us from heart attacks and cancers too.

In 10 seconds? Ever heard of “fasting diets” which promise longevity and help fight diseases? They are based on a mechanism that forces starved cells in our bodies to cannibalise themselves or rather, eat up parts of them including toxins and waste. (Read the science) 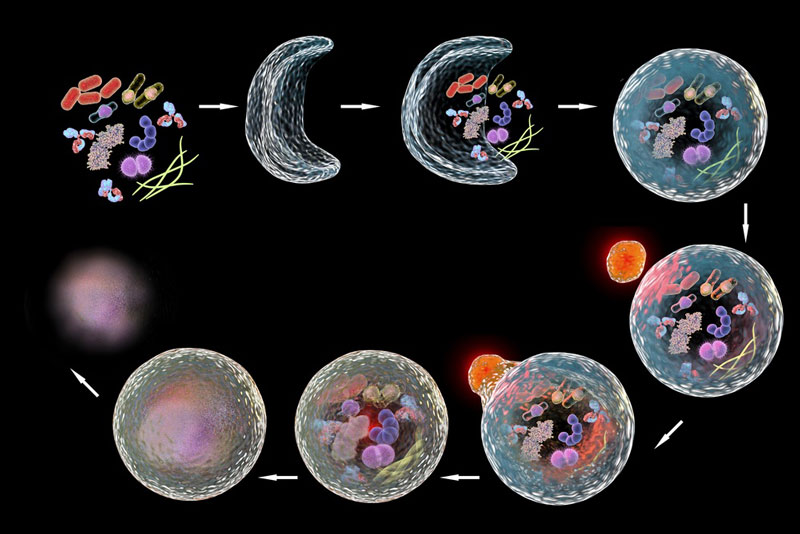 Did you say self-eating? Yes, but wait! Don’t start eating yourself quite yet! I am talking about a cellular process called autophagy, a recycling system where old or damaged parts of cells, like toxic, misfolded proteins are being broken down to their building blocks. This function ensures that only the best material survives within our cells. (Read more)

And what is the discovery? Scientists have found a new agent that kickstarts autophagy without fasting. The discovery is based on research into so-called caloric restriction mimetics (CRMs). Spermidine and resveratrol are two such substances that can induce autophagy that was demonstrated to slow down ageing in lab animals and even in humans. A team has identified a novel compound, 3,4-DC, that can also induce autophagy, but differently than spermidine and resveratrol. (Read the paper)

How did they discover it? They tested about 200 compounds from the same group as spermidine and resveratrol on rat and human cells in the lab. The team was looking for compounds that ramped up autophagy but were non-toxic. This is how they discovered the properties of the not-so excitingly named 3,4-DC (full name: 3,4-dimethoxy chalcone. A chalcone is a simple chemical scaffold of many natural compounds in vegetables, fruits, teas, and other plants). The scientists injected 3,4-DC into mice and discovered that it protected the animals from heart attacks and in certain cases put the brakes on tumour-growth. (More on chemically induced autophagy)

But isn’t autophagy happening anyway? Well, yes, it never takes a break! What is important to know that it can be easier to induce in a younger, healthy body. So, during heavy exercise (think of a marathon) or starvation (like skipping breakfast), autophagy revs up to break down intracellular materials and, generate the necessary nutrients to build the molecules most needed at that particular time. When you go back to normal your cells are replenished and autophagy decreases back to basal levels. (Read more)

And can it go wrong? Yes, and in such cases, large amounts of bad quality proteins and subcellular organelles build up in cells. This can be bad and can lead to cell death. Particularly in neural cells, such conditions can trigger neurodegenerative diseases such as Parkinson’s, Alzheimer’s and Huntington’s. Furthermore, it is well known that as we age our autophagy does not perform very well. Fixing autophagy has been shown to increase the lifespan of mice and humans, so this is why studying autophagy is so exciting. (Read more)

So, is a lot of autophagy the key to long life?

Well, Japanese scientist, Yoshinori Ohsumi certainly got a life-enhancing boost, when he won the Nobel Prize for his research into autophagy.

But, back to the question, our cells are clever and when they trigger autophagy they can select what to get rid of. This is one of the reasons why autophagy is a shield against neurodegenerative diseases, cancer and others.

The link between increased autophagy and increased lifespan was first shown in mice but recently, studies suggested this was the case in humans too.

So, yes, a little bit more autophagy might be good for you. But before you start starving yourself, keep in mind that we still have a lot to learn and understand about how and at what levels autophagy can impact our health. 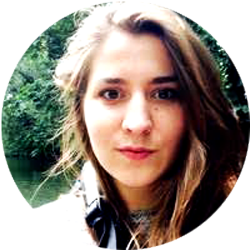 PhD Student researching the molecular mechanisms of autophagy at the MRC Protein Phosphorylation and Ubiquitylation Unit at the Unversity of Dundee, UK

COVID-19 FAQ: Why LA could be a weak spot for the novel coronavirus?
How can brands keep customers engaged with science?
6 tools that will help you convert and analyse website visitors