Antibody therapy makes it easier to live with MS

Antibodies are a new alternative to anti-inflammatory drugs for curbing the progress of MS and letting patients enjoy their lives. They work by neutralising the ‘misguided’ immune cells associated with the disease.

In 10 seconds? Custom-designed monoclonal antibodies are being used to treat MS by stopping rogue immune cells from causing nerve damage. Some are already in use in the clinic with promising effect, and new ones are being developed. (Read the science here) 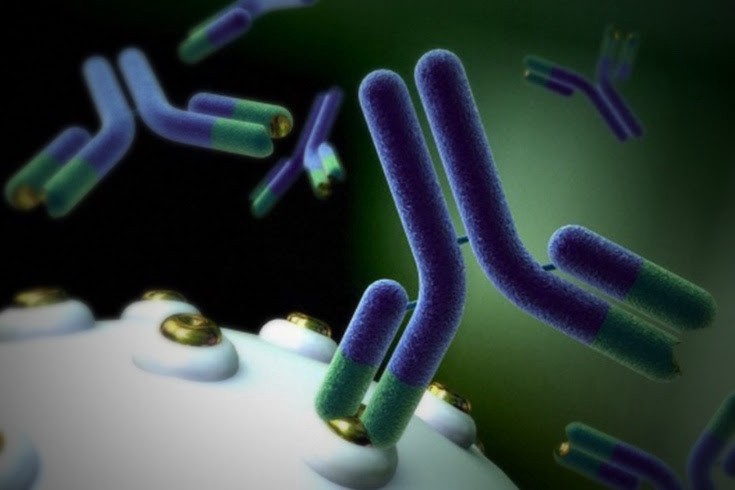 Mono-what? Monoclonal antibodies – meaning carbon copies of a single antibody – are part of the body’s protective system against microscopic threats. A ‘clone army’ of monoclonal antibodies can be very effective against disease-causing targets, such as a type of white blood cell called B-cells in the case of MS. (Read more)

Why are B-cells important? Targeting B-cells is like dealing with the mastermind, rather than the foot soldiers doing the disease’s dirty work. Some researchers are now focusing on B-cells that cause another group of white blood cells – T-cells – to multiply and attack nerves, causing disability in MS sufferers. (Find out more)

So what do these cloned antibodies do? These Y-shaped antibodies recognise distinct structures in unwanted molecules and pathogens like viruses. Through cloning, researchers can customise an antibody’s target. Once hooked on to their victim, these tailor-made antibodies cause the destruction of ‘rogue’ B-cells, or at least prevent them from entering the brain to wreak havoc in MS patients. (Learn more)

And what’s the tangible change for patients? In contrast to existing anti-inflammatory medicines, therapeutic antibodies leave the patient’s immune system mostly intact. Thanks to one such antibody, those with the most devastating kind of MS – primary-progressive – finally have a drug that could slow down the disease. When given to patients with relapsing MS, this drug was also shown to reduce the frequency of attacks. (More on this)

Amazing, but are there any drawbacks? Well, current antibody-based medication means having to use a drip into the bloodstream, which could cause infection. Also, these B-cell therapies seem to be ineffective for some people, which means more research is needed. Stay tuned for more drugs with names ending with ‘-mab’ – meaning monoclonal antibodies! (Read the science)

How are monoclonal antibodies made?

The process is launched by injecting lab mice with the target substance for the antibodies. This causes the mice’s innate immune system to create custom antibodies for this target.

Spleen cells are then harvested from the animals through an operation. These are fused with another type of white blood cell to allow infinite multiplication.

The cell mixture is diluted and clones are grown from single ‘parent’ cells.

The advantage of this technology is that the cloned monoclonal antibodies (also known as mAbs) can be created in unlimited quantities.

Psst, Endre distilled 12 research papers to save you 611.3 minutes.

COVID-19 FAQ: how sniffing out main route of the virus could help lower infections?
A trial-and-error process for folding proteins correctly
COVID-19 FAQ: Could blocking the secondary docking mechanism of the virus reduce infection?